Teen pregnancy has become very prevalent in many societies. Many believe that the information age is ironically part of the problem. Instead of technology being the means by which teens gain information that would make them more aware and responsible it is the source by which they are exposed to sexually explicit material. 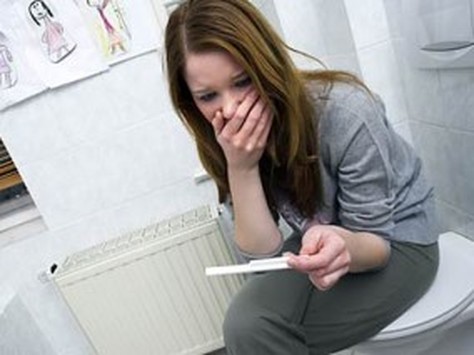 More than ever teenagers are being exposed to pornography. The problem has taken on a level of sophistication as now a lot of cell phones are able to browse the internet where pornography is easily accessible. Sexuality explicit material is also quite common on cable stations.

Sex is also used as a major marketing tool by advertisers. From tv, magazines, newspapers, and books teens are fed a steady diet of sex-related content. It is undoubtedly a situation that feeds what is already a high sex drive in teens.

The message being sent in many advertisements, movies, and other media content is that ultimate satisfaction can only be had through attracting the opposite sex.

Teenagers are often not mature enough to mentally and emotionally handle a sexual relationship as when they get influenced to have sex it often has serious negative consequences.

Here are a number of facts about teen pregnancy

Teen pregnancy affects both the teen and the parents negatively.

Teen pregnancy is a social problem that needs to be addressed

Teens are affected by peer pressure. Sometimes they give in to fit in with their peers. They often say “everybody is doing it. Why be left out?”

A teen’s academic life I disrupted as they have to drop out of school.

With an incomplete education teens face the prospect of joblessness as they are unqualified to enter the workforce. This in turn can create a cycle of poverty.

Teenagers do not have the level of experience, patience, and maturity to handle the pressures and responsibilities of parenthood.

TYPES OF RESOURCES
A resource is anything that can be used to create...

MUSCULAR SYSTEM
How strong are you? Can your legs run fast? Can your arms lift heavy...

INSTITUTIONS
An institution is established law, practice or organization that serves...

GLOBALIZATION
Globalization is a broad term that refers to the development...

WORSHIP IN CHRISTIANITY
The Christian religion places a significant amount of importance on...